Local Government Re-organisation – how can the VCFSE sector get involved? 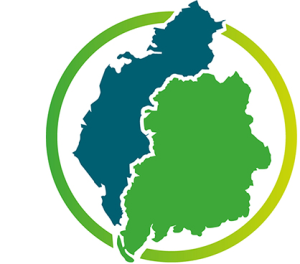 From 1 April 2023 local government in Cumbria will change. The current six district councils and Cumbria County Council will be replaced by two new unitary authorities.

Government announced its decision to create two new unitary councils in July 2021. Since then, work has been ongoing to develop and implement a transition plan.

All seven local authorities, supported by the Department for Levelling Up, Housing and Communities, are collaborating on the complex operation to create the two new authorities. This entails a considerable amount of work to ensure that people in Cumbria receive the high level of service and delivery they expect and deserve.

The challenges of Local Government Re-organisation are significant and could impact the VCFSE sector in Cumbria as we move towards either Cumberland or Westmorland-with-Furness unitary authorities. More information explaining the changes and timetable is available on the new website  The “Structural Changes Order” has been agreed in March 2022 and so Councils will be moving to establish Joint Committees prior to the May elections and in due course, the establishment of Shadow Authorities in the lead-up to “Vesting Day” in April 2023.

Websites now exist for the Shadow Authorities, which will hold all their agendas, minutes, and other information:

We have flagged a willingness to engage to ensure that the VCFSE sector is considered throughout this process – both through a recent “Third Sector Network” engagement event and independently.

We understand that the plan is for the next year to be about a “safe and legal” transition to the new structures – with further consultation later in 2022 and into 2023. However, we will continue to raise concerns and issues – as well as offer our support – to seek a fairer deal for the most vulnerable in our society and to develop the wider VCFSE sector’s capacity to provide help.